Published by Editor B on Thursday, 5 March 2015 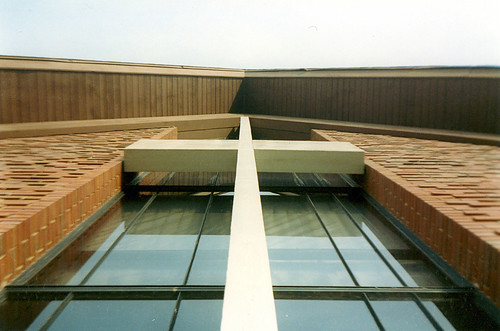 I wanted to know more about the historical context of the faith in which I was raised. So I got hold of A History of Lutheranism by Eric W. Gritsch. It offered a bit more detail than I needed, so that I ended up skimming large sections, but nonetheless I found it a fascinating volume, and I think my understanding has been enriched.

The book covers the birth of a reform movement within the Roman Catholic Church in the early 16th century, its growth and consolidation in the years that followed, and the eventual emergence of a distinct Lutheran identity. The book goes on to detail Lutheran orthodoxy in the 17th century, the subsequent swing toward Pietism throughout the 18th century, the diversification of the movement, and a summation of developments in the last hundred years.

Some of the lurid details of Pietism are especially riveting; I’m making a note to myself to learn more about the Moravian Brethren and the Seitenhöhlchen-Kult. This is some weird wild stuff.

While such subjects have a certain sensationalist appeal, the opposite end of the spectrum is much more relevant to me personally. I was particularly struck by the “quest for pure doctrine,” a driving force in Lutheran orthodoxy which continues today. It’s stunning to realize how much human time and effort have been expended on theological disputes. While many of these quarrels seem like hair-splitting, I can recognize this fervid thirst for truth and correctness in my own self even now.

This connection runs through the Lutheran Church-Missouri Synod (aka LCMS) which was formed in 1847 right here in North America. This is the denomination in which I was raised, noted for its “aggressive Lutheran confessional and biblicist stance,” a doctrinal conservatism which I now understand goes back for centuries. How conservative? According to Gritsch, LCMS journals have contended that “there is no development of doctrine since the Reformation.”

If contemporary Lutheranism has any image in the popular mind at all, it’s probably of a gloomy blandness derived from Garrison Keillor’s stories of Lake Wobegon. I hasten to point out that those are Scandinavian Lutherans, probably Evangelical Lutheran Church of America (ELCA). Though I have Norwegian heritage and a deep affinity for Nordic culture, my sense of the LCMS is much more Germanic, and the corresponding emphasis is on precision rather than gloom.

This desire for precision manifests in the quest for pure doctrine. “By 1929,” Gritsch writes, “it had become clear that the Missouri Synod suspected all other Lutheran synods of false teaching.” The divide between ELCA and LCMS represents the biggest rift in American Lutheran tradition. ELCA is distinctly more liberal than LCMS. I gather Dr. Gritsch was ELCA, so I’m sure the LCMS is untroubled when he writes that “Lutheran unity, fifty years overdue, will come eventually because Missouri cannot forever escape the implications of its own confession.”

According to the LCMS perspective, it’s an open question whether ELCA is even a real Lutheran church. After all, the ELCA holds that the Bible may contain historical and scientific errors. They tolerate homosexuality, and they even ordain women! That would never fly in the LCMS of my youth.

That’s why it was so surprising for me to learn of a movement in the LCMS called Ordain Women Now (OWN). This is an effort to promote discussion within the LCMS about the ordination of women, and as the name suggests, they are actively advocating for the same. Female pastors — in the LCMS? My mind boggles.

In fact, OWN is just part of a broader movement for gender justice in a number of faith traditions, including Roman Catholicism and the Latter-Day Saints. There’s an interfaith coalition called Equal in Faith that’s gotten organized to call attention to these efforts. They are all working to transform their traditions into something more just and equitable.

I’m of a divided mind about all this. I’m absolutely in support of gender equity, which is a crucially important issue, but I can’t for the life of me understand why anyone would want to stay in a tradition where they didn’t feel fully respected. Then again, I left the LCMS a long time ago; I have too many fundamental disagreements, and separation was the only option for me. I’m very happy to be a member of a local group in which gender equity is a bedrock assumption, but it’s a long way from LCMS to Lamplight Circle.

Anyhow, even though I may not fully comprehend it, I want to express my solidarity with this movement. Therefore I hope to participate in the 2015 Fast for Gender Equality, which is taking place on International Women’s Day. That’s this Sunday, 8 March, 2015. There are interfaith gatherings scheduled in at least twenty cities across three continents, and one’s right here in New Orleans. (Here’s a flyer for the local event.)

Good luck to those on the front lines of this struggle. From everything I know about patriarchy, you’ll need it. But your cause is just, and I’m pulling for you.

A History of Lutheranism by Eric W. Gritsch

Authority Vested: A Story of Identity and Change in the Lutheran Church-Missouri Synod by Mary Todd