I’m holding in my hot little hands the Spring 2015 issue (#35) of the Red Rock Review, a literary journal from the College of Southern…

END_OF_DOCUMENT_TOKEN_TO_BE_REPLACED

I was honored to stand with over a dozen parents, teachers, and former board members, to speak in support of the Morris Jeff United Educators…

END_OF_DOCUMENT_TOKEN_TO_BE_REPLACED

I’ll Have the Equinox with a Side of Eclipse Please

This year the vernal equinox coincides with a supermoon and a solar eclipse. We won’t be able to see the eclipse from our part of…

END_OF_DOCUMENT_TOKEN_TO_BE_REPLACED

Published by Editor B on Thursday, 5 March 2015

I wanted to know more about the historical context of the faith in which I was raised. So I got hold of A History of…

END_OF_DOCUMENT_TOKEN_TO_BE_REPLACED

I Was Not Killed This Morning

Last night we had dinner with an old friend and his new wife. When the topic turned to cycling in New Orleans, she confessed she was fearful for her safety, and she enumerated an appallingly long list of friends and acquaintances who have been severely injured when their bicycles collided with automobiles.

This morning a number of friends contacted me, concerned that I was perhaps no longer among the living. I’m still here, but a man about my age was killed at Jeff Davis and Canal Street. He was riding a bike and was struck by a car, or so I read. 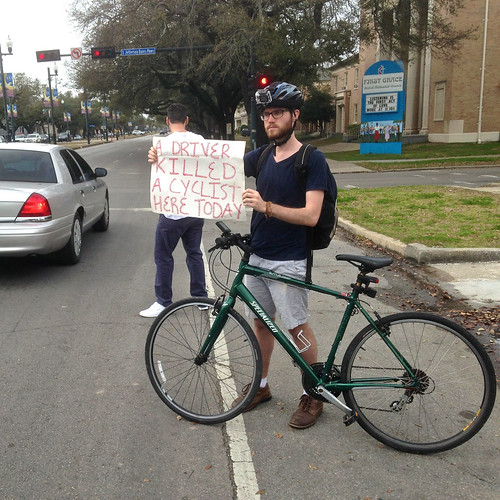 I was not killed this morning, but it could have been me. Until the new year, I passed through this intersection at least twice a day. This is a dangerous intersection for bicyclists; there are not even stripes to designate where the Jeff Davis bike path crosses Canal Street. 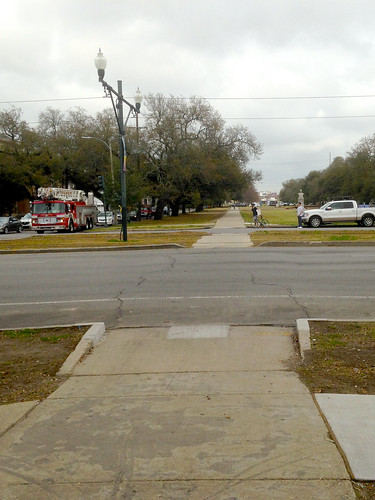 This reminds me why I first got motivated to pursue the construction of a trail in the Lafitte Corridor ten years ago, and why the work of groups like FOLC and Bike Easy is so important. We need to do better by our cyclists and pedestrians.

For now, though, my heart goes out to the man who was killed this morning, and to his family.