Published by Editor B on Saturday, 31 January 2015 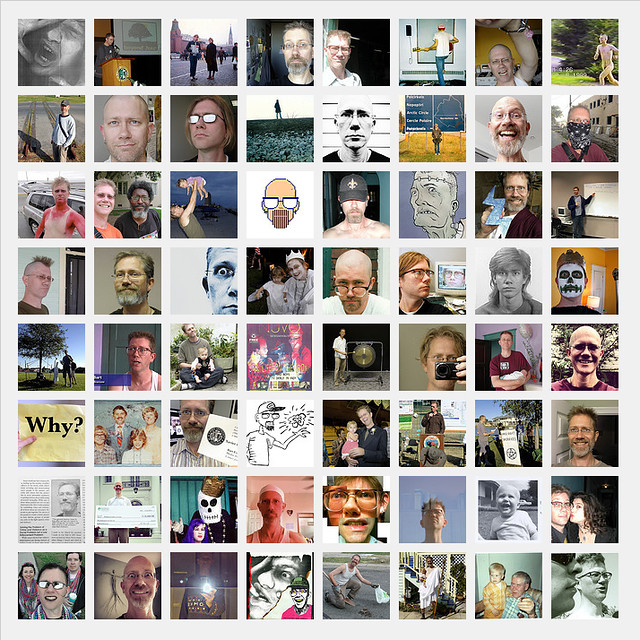 It’s 2015, and we’re halfway through this decade. My 48th birthday has come and gone. Having been born in January, my years have always lined up with the calendar. I find myself reflecting on my last five years.

My body has begun to show signs of wear and tear. When I turned 43, my body still felt young, but shortly thereafter the long slow decline into decrepitude began. I would still qualify myself as fairly fit, and I’m grateful for my good health. But there’s no denying that I ain’t what I used to be. My thinning hair is proof enough.

It’s been a time of spiritual reawakening for me. I’ve written about this process extensively, yet I feel I’ve barely scratched the surface. It’s also been a time of artistic renewal. I’m finally writing some long-deferred projects, and I’ve actually got three pieces coming out in print this year. I’ve also been exhibiting photography: you can see my work on the wall of Skewer Gallery at Kebab.

My favorite so far is a collage I call “Native/Non-Native.” 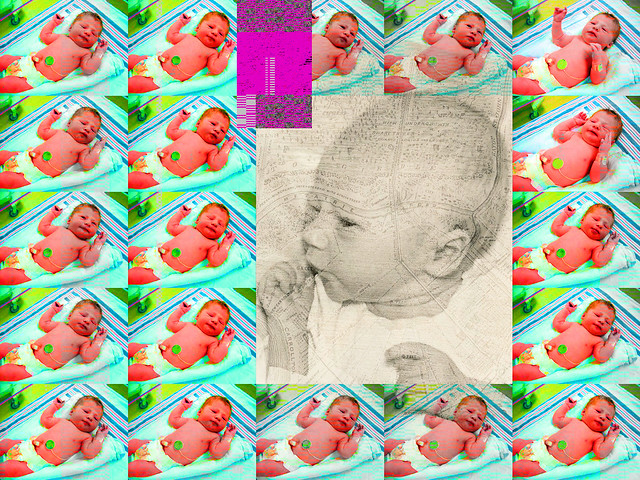 The years have started to run together. Ask me about any year from 1985 to 2010 and I could tell you exactly what was going on in my life. Ask me about one of these recent years and I have to think for a moment. My memory’s changing, yes, but also it’s matter of settling into some rhythms and patterns. It’s a good thing, I think, but it confounds calendrical differentiation.

Which is kind of funny, because in fact 2014 was perhaps the most well-defined and documented year of my entire life. I started keeping a journal on the first day of 1984. On the first day of 2014, I realized I’d never been as consistent in my journal-writing as I was that first year. I’ll be damned if I let that 17-year-old punk get the better of me. I vowed to do better in 2014, and I did — 364 journal entries. I missed only one day.

Over the year of 2014 I also reviewed what I’d written on each day in past years. It was a year of intensive introspection and retrospection. I know myself better. Or perhaps I should say “myselves,” as despite my ardent desire for continuity, I can no longer deny it: I’m not the same person I was. These collages represent my multiplicity of selves. 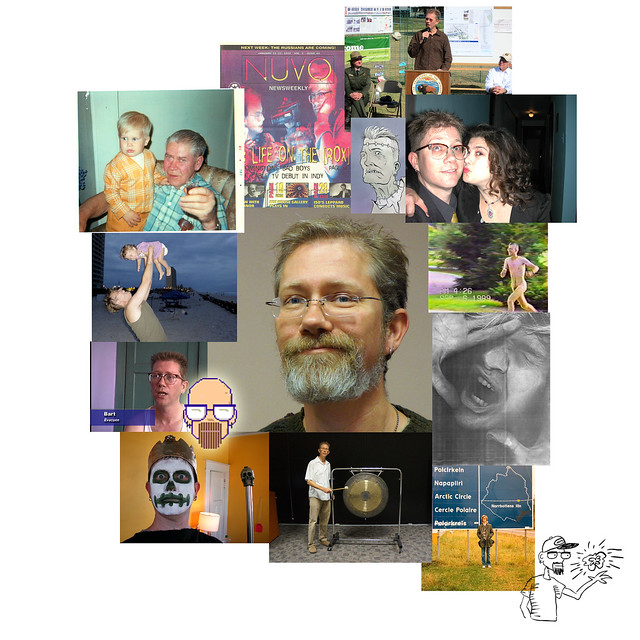 Which do you prefer: the one at the top or the one at the bottom? (The one in the middle has a different raison d’être entirely.) Which is the better self-portrait?

It’s been an amazing journey, this life, and especially these last five years, and if it ended tomorrow I would die happy, but I certainly don’t want to die tomorrow. I’ve got a lot left to do.