Published by Editor B on Wednesday, 8 October 2014

I am so proud to be named one of the Urban Conservancy‘s 2014 Urban Heroes.

What, me a hero? I am not much afflicted with the infamous vice of false modesty, but I have to admit this makes me blush just a little.

Yes, the Lafitte Greenway in now under construction, but after all, I am not the one pouring asphalt and concrete, erecting lampposts and so forth. 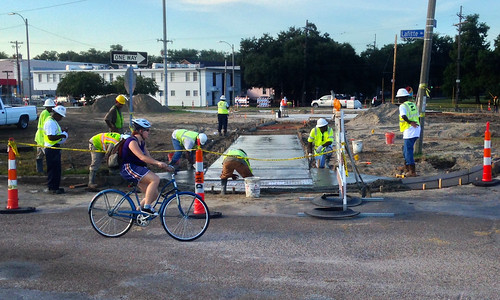 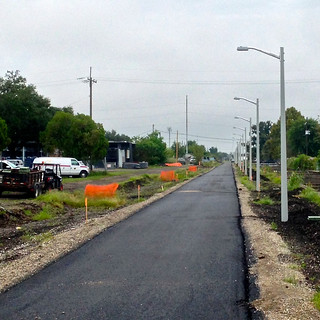 The award comes for my work with FOLC, of course. FOLC has played a vital role in advocating for the greenway. I think it’s safe to say that this work would not be underway presently if it wasn’t for FOLC’s advocacy.

I’m a founding member of FOLC, and I served as president of the group for three years. It’s because of that intimate involvement that I know just how much of a team effort this has been.

So while I will indeed revel in this little slice o’ glory, I’m mindful of the following fact: all I did was help start something.

That’s right, I’m referencing Michael Jackson. I can do that because a) we’re both from Indiana and b) what with this Urban Hero designation I’m almost as famous as him now.

Look: starting something is actually the easiest part. Anyone can start something. People start things all the time, things that don’t last, things that fail to launch. The difficult part is keeping it going — sustaining the effort past the first initial blush of enthusiasm. That’s where the hard work comes in. After the inspiration, perspiration.

That’s where the team effort comes in. This project was blessed with the attention and support of a diverse group of people who brought an array of strengths with them to the table. If it had just been me, the project would have gone nowhere. I’ve piled up a few projects like that over the years. But instead, this project bloomed because people wanted it, and they pursued it with patience, focus, passion, and an attention to detail I could certainly never have mustered on my own.

To those many people who contributed their precious time and effort over the last nine years, I am extremely grateful.

Now get your tickets and help me celebrate.