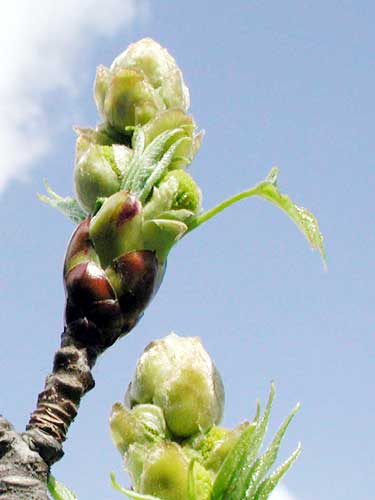 Ten years ago today I started writing here at b.rox. I didn’t give much thought to the content of that first post, in terms of setting the tone for the future. I just wrote about what was on my mind at the moment.

I’m fascinated by cycles, including the cycle of seasons.

In retrospect, however, I must say that seems uncannily prescient, foreshadowing a theme which has become so much more prominent in my thoughts, my writing, my practice, my life. Also, the emergence of spring buds as subject is a fine metaphor for beginning a new project.

I don’t really write much here anymore. A chart of the life-cycle of this blog would show a peak around 2006-2007, with some vigor continuing until the autumnal equinox of 2012, followed by a year of intentional silence. (Though I didn’t note it explicitly, that first post was very much about the vernal equinox.) These days mark a sort of senescence, I suppose, as I mostly post links to writings published elsewhere.

One of my primary impulses to write here was the same impulse that motivates my private journal writing: to mark the days as they pass and keep track of the interesting stuff that happens in my life. That. combined with the urge to share. But that act of sharing publicly has ultimately come to feel more like a limiting factor. These days I’m back to writing in my private journals more intensively than ever.

My friend David Bryan has suggested that the writings on this site might make an interesting book, which would include the flooding of the city in 2005 and the process of recovery, from a very personal angle, with the birth of my daughter as a natural ending point for the story. I appreciate this idea, thought I think a better arc might focus on our house, from our purchase in 2002, through the flooding and reconstruction, ending with the sale in 2009. I even have a title in mind: The Wizard of North Salcedo. I often felt like a wizard as I fixed kids bikes on the sidewalk in front of our house.

It’s funny to note that The Wild Hunt began one day later. What a different trajectory that site has taken.

And as a final note, I’m not sure I ever mentioned it, but the tree pictured in that first post did not survive the flood. We cut it down in November of 2005. 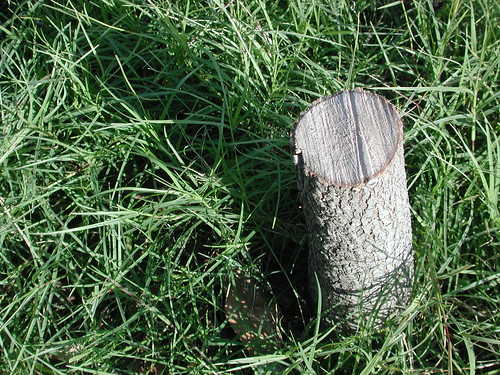 Even the stump is gone now, but we’re still here, and so is this site, even if it’s looking more like a stump itself these days. Thanks for reading, y’all.