Published by Editor B on Friday, 6 November 2015

I was quoted in this recent article by Robert McLendon:

As residents started to trickle back into Mid-City after Hurricane Katrina, people looked at the mess around them and came to a realization: The storm may have been responsible for the wreckage, but the city was broken in many ways long before it made landfall.

Inequality. Exclusion. Low expectations. “It was a wake-up call that there were a lot of longstanding problems that people had just gotten used to,” said Bart Everson, who, along with his wife, was one of the first to return to the neighborhood.

Everson and his neighbors started to meet to talk about how they could change things, how they could make their neighborhood and the city more inclusive. Out of those meetings, and a blog manifesto that Everson cranked out in the early post-storm days, came the neighborhood’s master plan.

The article goes on to detail the disappointing implementation (or lack thereof) of the city’s neighborhood participation program. 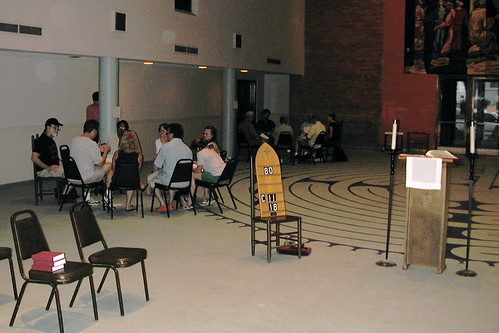 But speaking of that grassroots planning process I helped jumpstart, it recently came to my attention that the Mid-City Recovery Plan, drafted by residents in 2006-2007 independently of any government sanction, is in danger of disappearing from the public web.

In the interest of posterity, I’ve uploaded this important historical document to Scribd:

This was true grassroots democracy in action. Did we get everything we wanted? Not by a long shot. Did it make any difference? I’ll let others judge.

Some details of this process were covered in Karl Seidman’s 2013 book, Coming Home to New Orleans: Neighborhood Rebuilding after Katrina. See page 177 ff. The passages about the Mid-City library branch make for especially poignant reading, in light of the recent announcement of its imminent (and thankfully postponed) closure.